Delegates from Northern Oregon Territory settlements met in Monticello (located near what is now Longview, Washington) on November 25, 1852 to sign a petition asking Congress to establish “Columbia Territory”.

Read newspaper articles containing the proceedings of their meeting and the petition they sent to the United States Congress. 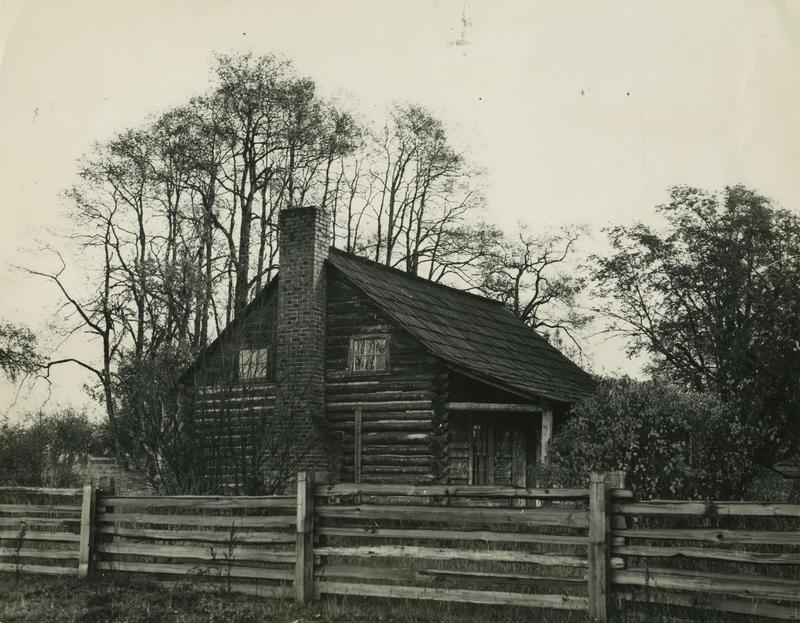 Jackson House, located in Lewis County on U. S. Highway 99, is said to be where the original meeting regarding the formation of Washington Territory was held. Although the part seen today is but a portion of the original structure, this is one of the most historical buildings in the State of Washington. Built in 1845 by John R. Jackson, it was the first home constructed north of the Columbia River. 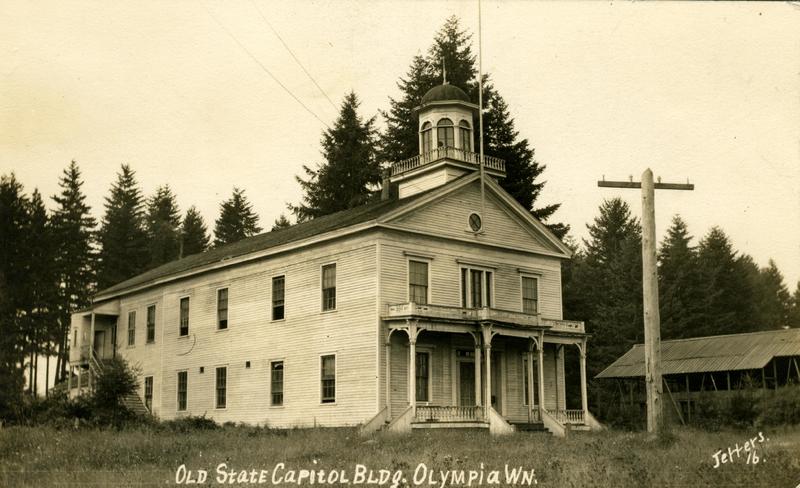 The Donation Land Claim Act helped the population of the region to grow enough that people in the region petitioned Congress for a separate territory to be formed from the Oregon Territory. The bill creating Washington Territory was passed and signed by President Millard Fillmore on March 2,1853. Isaac Stevens was appointed the territory’s first governor and he chose Olympia to be the territorial capital. Pictured is the Territorial Capitol building. 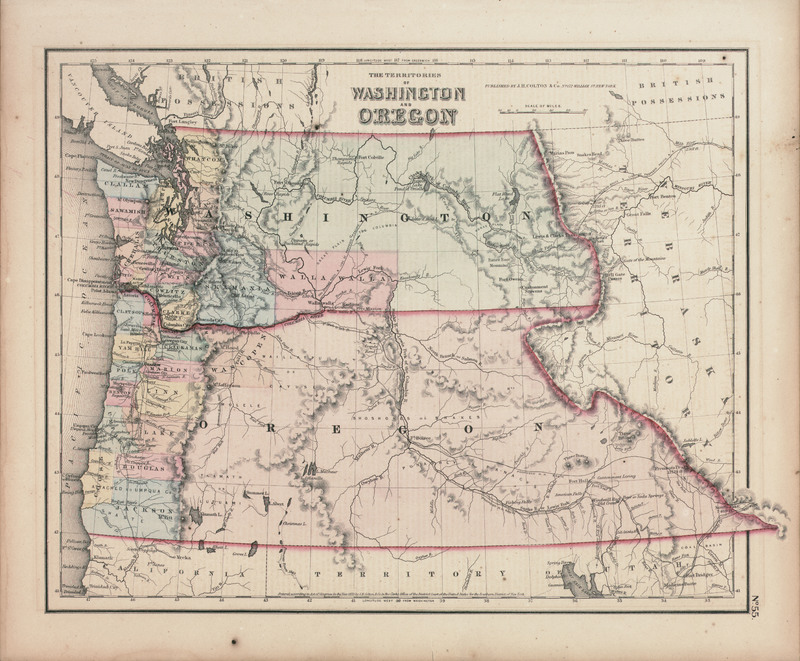 Map of Washington and Oregon Territories in 1853. Notice that the original boundaries included northern Idaho and part of western Montana.

The Northern Oregon Territory became the Territory of Washington on March 2, 1853. Read newspaper articles on the act creating the territory with some editorial comments.

Division & Establishment of Idaho as a Territory

Washington Territory originally included a western portion of what is now Idaho. In 1863, a portion of Eastern Washington was sectioned off to be a part of the newly formed Idaho Territory. Read newspaper articles covering the division.