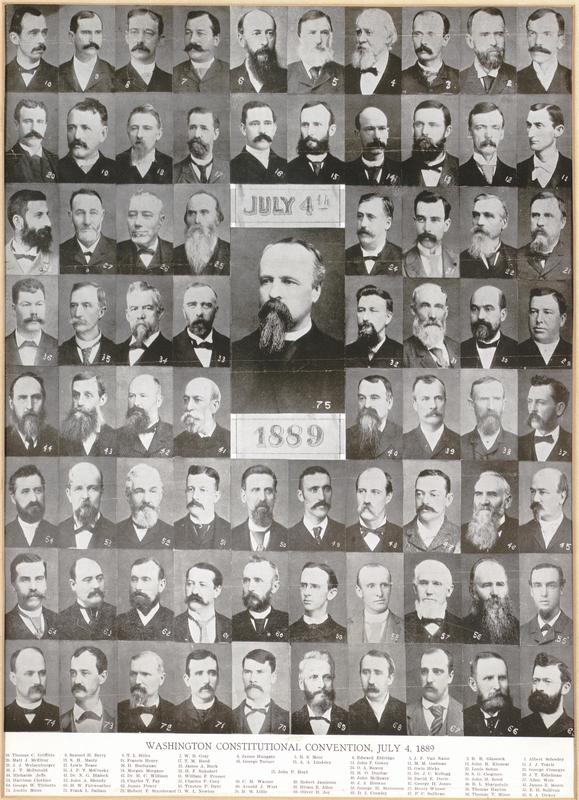 Delegates of the Constitutional Convention of 1889

A convention was held in the summer of 1889 to draft a constitution for the soon to be State of Washington. Read newspaper articles about the events leading up to the convention and the convention, itself.

The delegates of the Constitutional Convention of 1889 met in the Territorial Capitol Building in Olympia, WA through the summer of 1889. They approved the original text of the Washington State Constitution on August 23, 1889. An election was held on October 1, 1889 that ratified the constitution and elected the new state government. President Benjamin Harrison issued a proclamation approving the constitution on November 11, 1889.

Washington became a state on November 11, 1889. Read newspaper articles about the act that enabled Washington, as well as Montana, North Dakota and South Dakota, to become states. 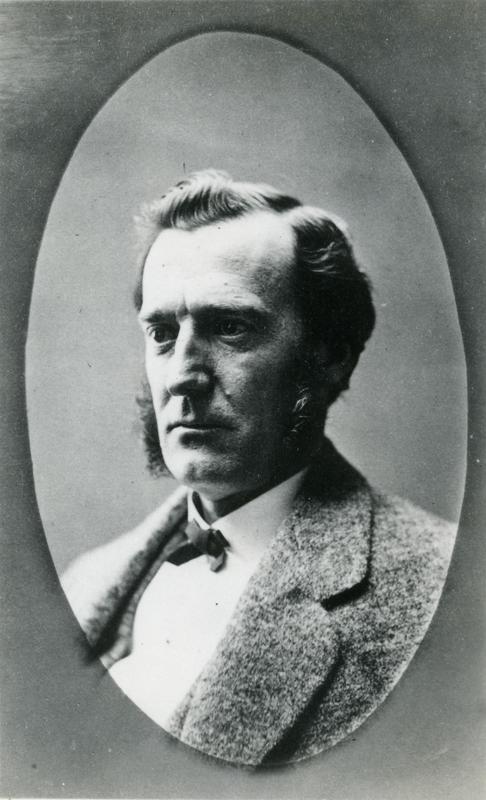 Towns Vie for the State Capital

Though Olympia was the Capital of Washington Territory, once Washington became a state, other cities desired that role. Read newspaper articles about the cities vying for this honor. 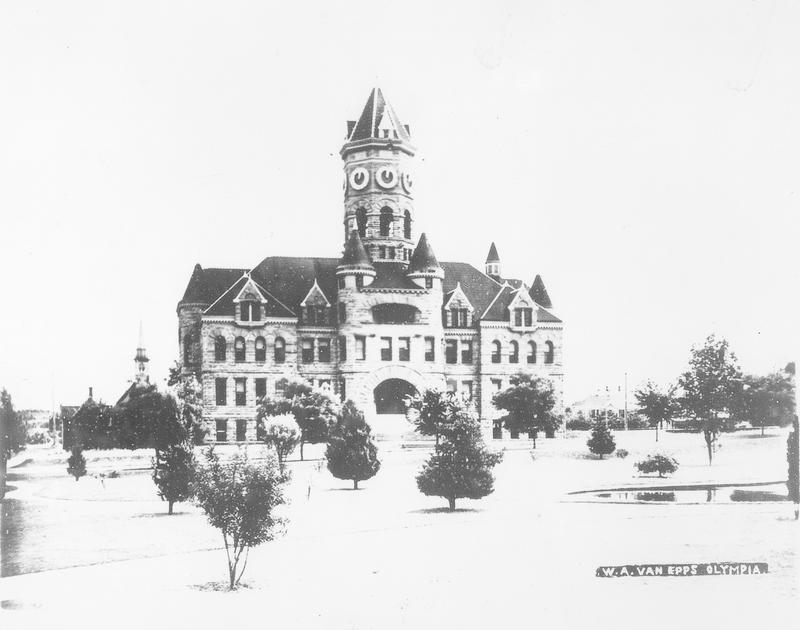 Once Olympia was chosen to be the state capital, the Thurston County Courthouse [pictured] served as the Capitol Building from 1905-1928. The current Capitol Building was completed in 1928. 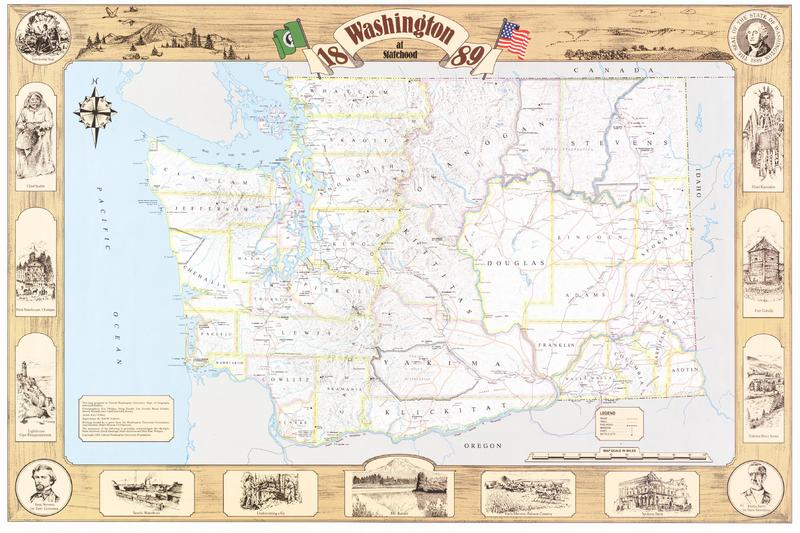 A map produced for the Washington State Centennial in 1989, depicting Washington as it was when it became a state in 1889.