Suffragette Summit of Rainier - Effective or not?

Suffragette Summit of Rainier - Effective or not?

In this focused inquiry, students investigate the question What political actions are most effective to promote change?

Students engage in an analysis of types of political engagement and one case study to determine how effective the action was and what may prove more effective.

Students will be able to understand the different impacts of different forms of political action, understand one example case study, and analyze the effectiveness of the example.

Compelling Question: What political actions are most effective to create change?

Argument: Argue where in a spectrum of effective forms of civic participation this action would go. What two forms would be more effective? What two would be less effective?

Prepare a political action plan that uses 3 forms of civic participation to effect a change you’d like to see. 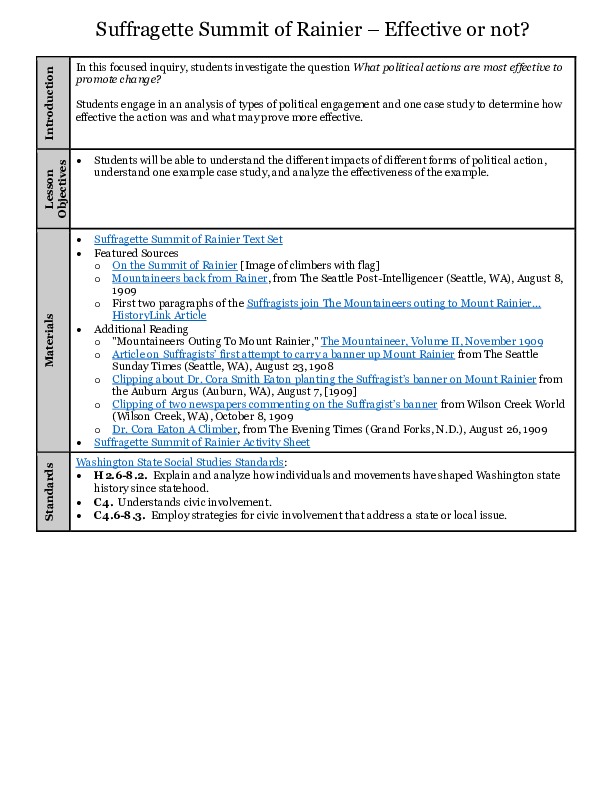 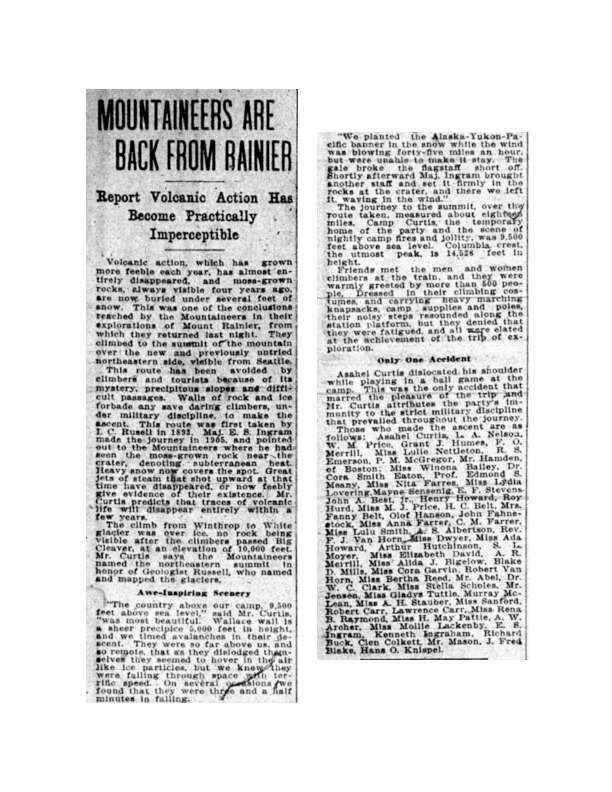 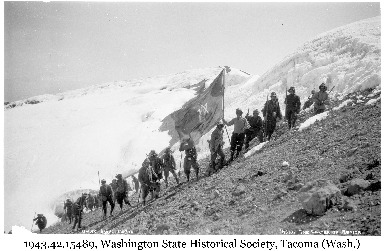 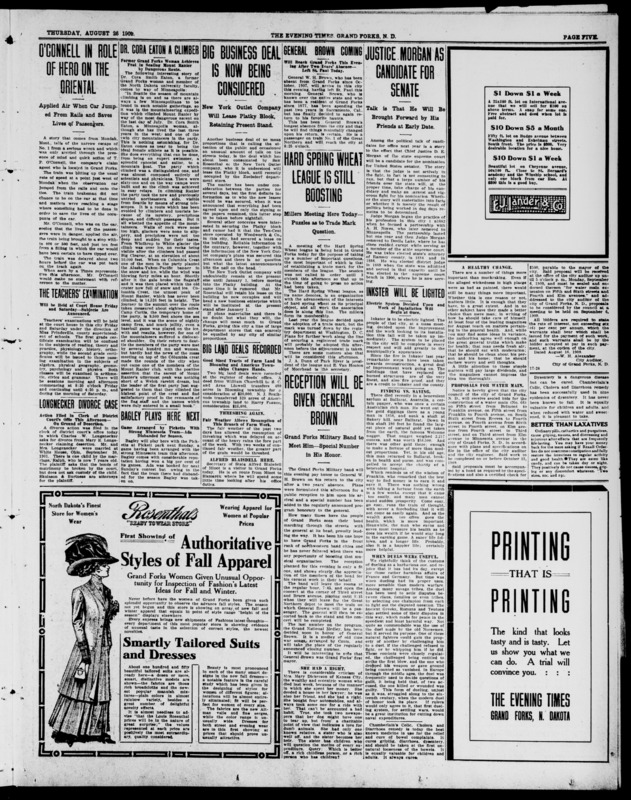 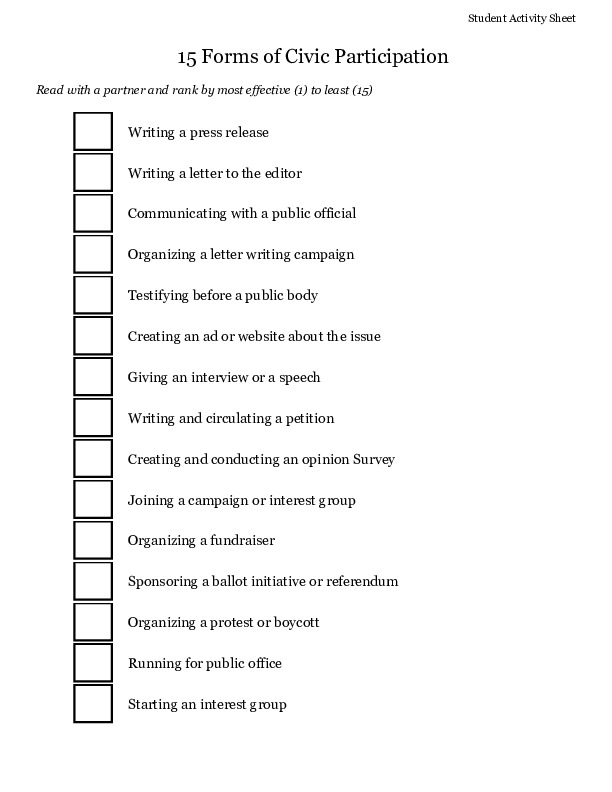