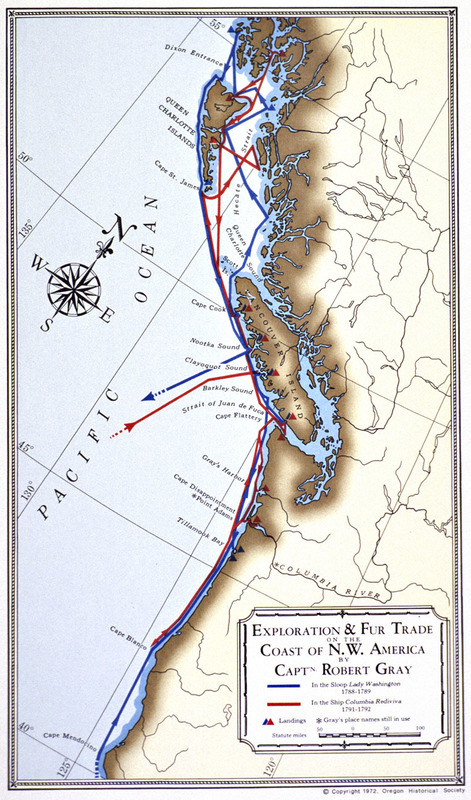 (Courtesy of the Oregon Historical Society)

Robert Gray was the first American to sail to the Pacific Northwest. The goal of his expedition was to trade with the Northwest Indians for furs, trade those furs in China for tea, then return to Boston. From his expeditions Robert Gray discovered and named the Columbia River and Grays Harbor.