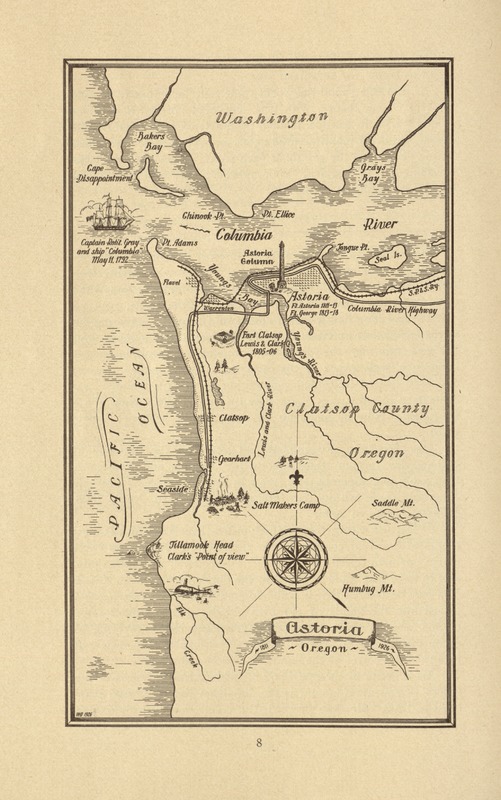 Map of Astoria and Clatsop County, OR

(Astor and the Oregon Country p. 8) 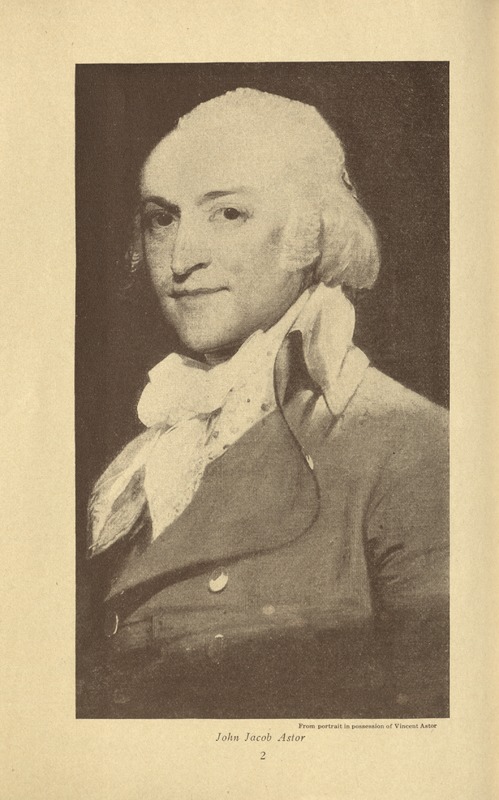 (Astor and the Oregon Country p. 2)

Just a few years after Lewis and Clark returned from their expedition a German-American businessman, John Jacob Astor, funded a venture to the Pacific Northwest. He created the Pacific Fur Company and his goal was to create a trading empire on the west coast. His company would trade furs from the Pacific Northwest to China for tea and other goods then sell those goods in European and American Markets. To establish this trade route Astor commissioned two expeditions, one overland and one by sea. The first would be the overland route following Lewis and Clark's route to the Pacific Ocean. The other would travel by sea and around Cape Horn to the Pacific Northwest. The venture was fraught with challenges, but succeeded in establishing Fort Astor, later Astoria, OR, in 1811. However, Fort Astor was taken over by the British during the War of 1812. The war effectively ended the Pacific Fur Company, and the Americans slowly regained control over Astoria following the 1846 Treaty of Oregon.